So the cost is around $40 for all the materials. The hardest thing to find was the thin walled PVC piping to attach to the bottom of the air box. Do it best, Lowes, and Home depot didn't have it in my area. I had to go to a special plumbing store to purchase a 10ft stock. Good thing its cheap.

Pics will be shown below.

I was looking for a CAI for my type R motor. I used to own an AEM Hybrid CAI but I ended up selling it to my neighbor. I honestly didn't like the way the car responded with this intake. The car felt "laggy." I didn't feel any increase of power vs. my AEM 2.5" short ram until 6-6500 RPMs. And the power increase wasn't much at all. I didn't dyno the car so I can't say for sure if there was an increase of power with the AEM hybrid CAI but my butt dyno is pretty damn accurate lol. And my butt dyno told me that the increase in power wasn't enough to justify the big price tag if I were to get another CAI.

So my search for another CAI started on ebay. I found CAI's made for Integra LS/RS as well as 92-95 Civic's. I needed something that had a 3" diameter piping. To make a long story short, here's a thread I started a few days ago.

The install wasn't too bad, but it wasn't easy. Most of the time spent was trying to get the intake's cold air extension placed perfectly as well as figuring out a way where the intake box won't hit the hood of the car.

First thing you have to do is cut the thin walled PVC pipe to 7 in. Attach it to the bottom of the intake box with the coupler (it has a worm band around it). Then attach the other two PVC pipes/elbows and have it look similar to this: 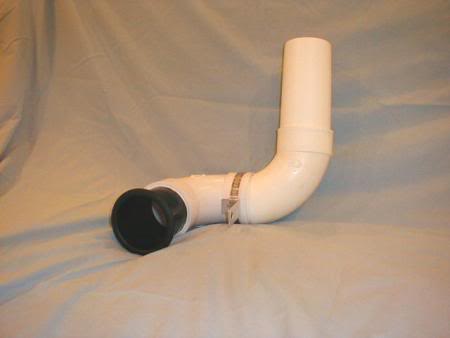 Do a test fit and make sure the bottom extension faces the way you want it to. I used the PVC cement to join the bottom two cold air extensions together. Only do this when you're ready to finalize your installation. Also, I had to notch my clutch line bracket to make sure the intake sat down correctly in the engine bay. In addition, I had to install the intake box bracket to the "bottom" of the shock tower bracket. Its hard to explain but the pics are shown below. I had to do this to make sure the intake box sat down as far as it could so the hood would clear. I haven't installed the air horn yet, because it hasn't been shipped, but once I get it in, I'll install it and take pics.

As for performance...I highly recommend this setup. Not only does it look stock which I like, but I feel the throttle response is A LOT better compared to the AEM CAI as well as more power throughout the RPM range. You will definitely feel a difference in torque in the midrange which I felt right away. Again, this is with my highly accurate butt dyno so take it for what its worth. I will dyno this setup vs. the AEM CAI, but it'll be a while before I do this. I want to upgrade a few more things first (header and exhaust) before I bring the car in to get it dyno'd.

For the price in parts, its a worthwhile upgrade if you have a spare airbox. I would consider making a "kit" if there's any interest. I would have to charge at least $60-70.00 considering the time making the kit as well as sourcing the parts, and even then, it might not be worth it to me. Anyhow, here's the pics: 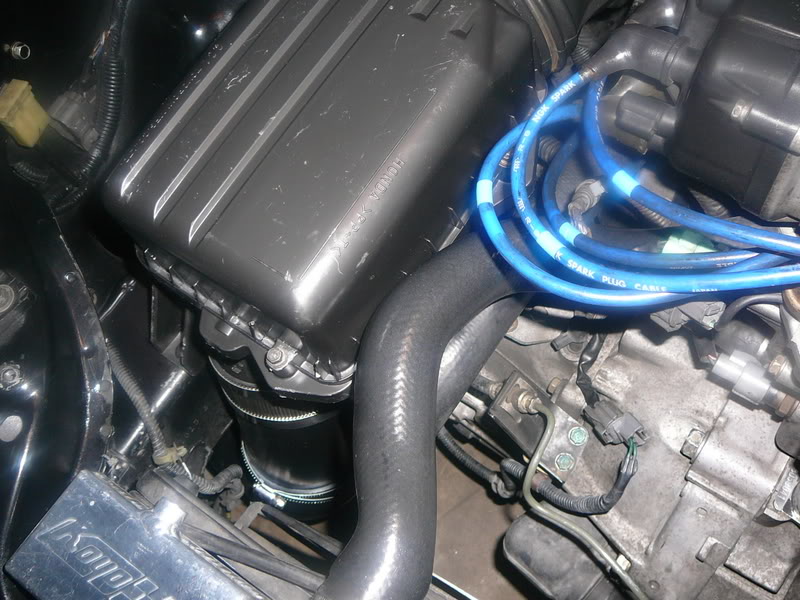 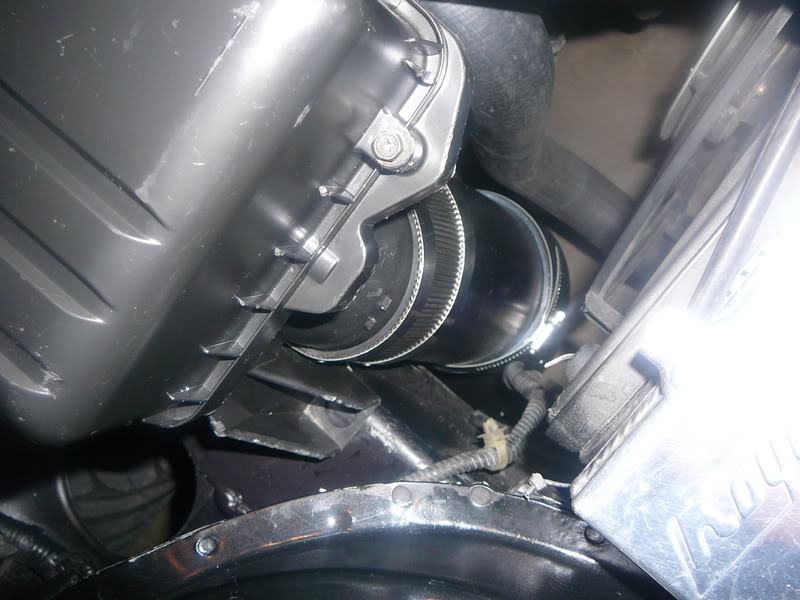 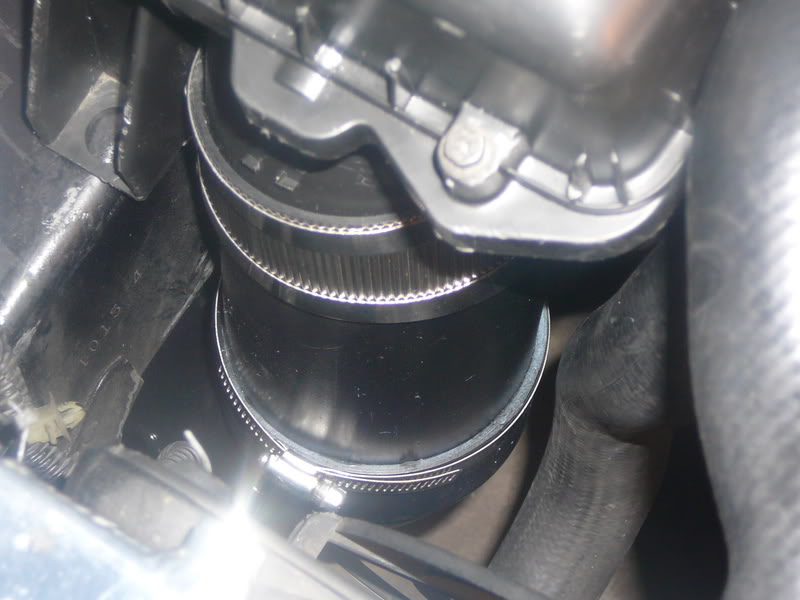 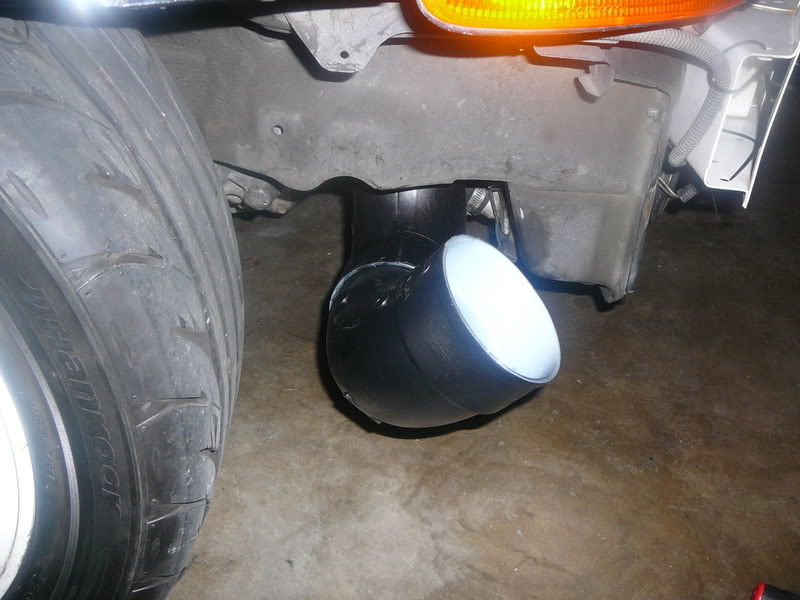 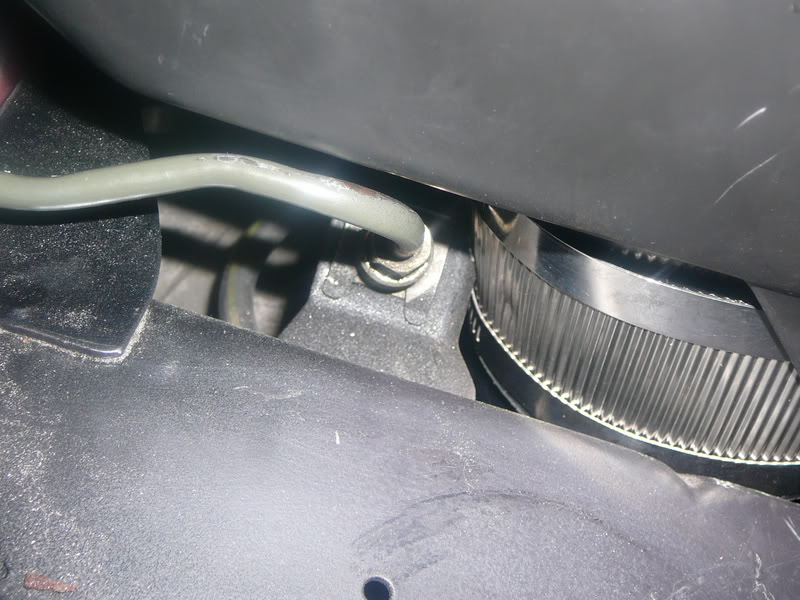 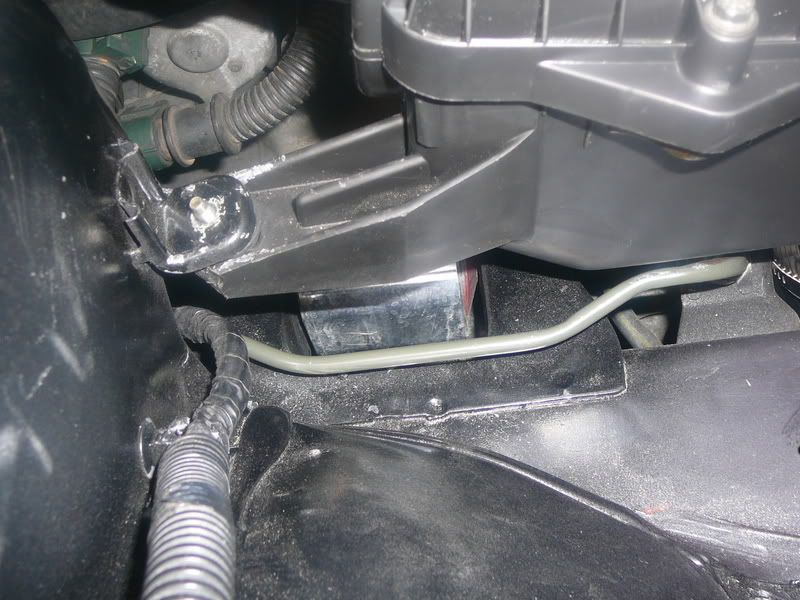 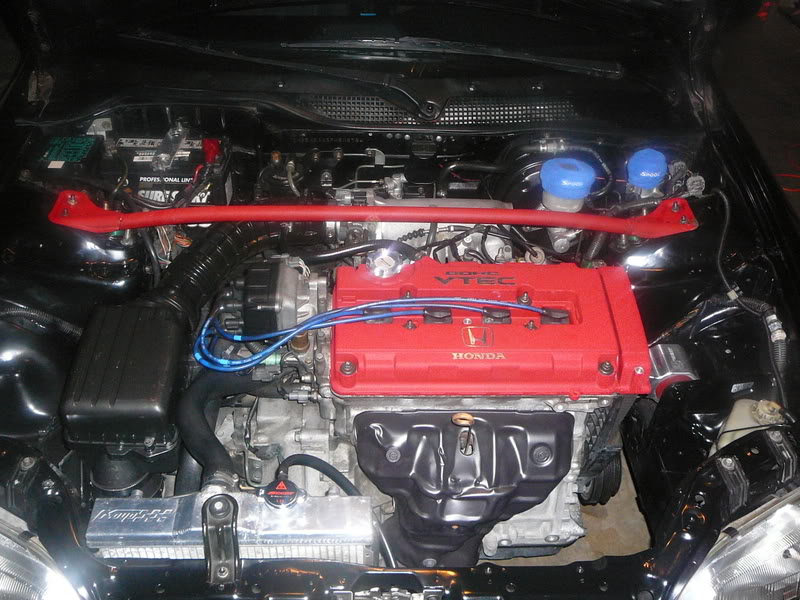 I'm going to add this to the How To DIY list

im gunna give this one ago when the weather gets better.
94 civic sedan, got camber?

Just got the car dyno'd today. Thanks goes out to Chris Whitfield. Awesome tuner. Here's the setup of the car.

The first run was used with the phearable basemap. The whp reading from using that basemap was 142whp :thumb down: :thumb down: The basemap was VERY RICH. Wasted my money on that damn basemap.

Chris worked his magic for about ten minutes, then did another run with his settings. The results yielded an increase of 20whp. He kept fine tuning it and the best result after 5 more runs was 164whp. A/F ratios were spot on. This run was done with the buddy club Spec II exhaust with the silencer ON.

The final run, which I don't have a graph of (I'll have to get it from Chris), was done with the buddy club silencer off in addition to putting on the ebay CAI I bought a few weeks ago. The results were eye opening. The best run with the ebay CAI yielded 172 whp. My own DIY ITR air intake box with the 4" cold air extension, gains approx. 12 whp over the ebay CAI. The ebay CAI was made for an EG, and the piping size is 2.5". I'm not sure how my intake box would do vs. an AEM hybrid CAI, but I'd predict the results would either be very close to each other, OR my intake box mod would yield better results. My intake box vs. an AEM hybrid intake, which would you choose? You can buy a stock ITR intake box and arm from any number of places for $50 bucks. My mods will cost an extra $30 bucks tops. Give yourself an hour or two to do the mod and for a total of approx. $80.00, you can have an intake that'll outperform any ebay cold air intake and probably the expensive AEM CAI's.

Anyhow, here's a dyno graph of all the runs except the final run with the ebay CAI. Also here's a few links to videos I took of 3 dyno runs. 2 of the videos I did some introductory commentary.

And here's the plot of the runs and some photos I took.

Or should i just modify my standard one?

Good right up and impressive results

Graham wrote:Would there be any gains of modding one to fit a d series engine do you think?

Or should i just modify my standard one?

I was wondering whether this would work on my D. Person i bought it off of put on a K&N cone which sounds cool when i floor it but i honestly don't think it's helping much. The way they attached it (by wrapping it with a band of sheet metal

) cuts the air supply. If a stock itr Intake would give me good air flow i'd rather have that and make it into a cold box later on...
Any thoughts?
Reply
Return to B Series