The other option would be to get a set of lower control arms from a civic that has a front sway bar.

I bought Suspension Techniques front/rear sway bar kit for models that did not come with a front OEM sway bar. This thread is only going to be about the front. I'll create another thread sometime about the rear sway bar install. 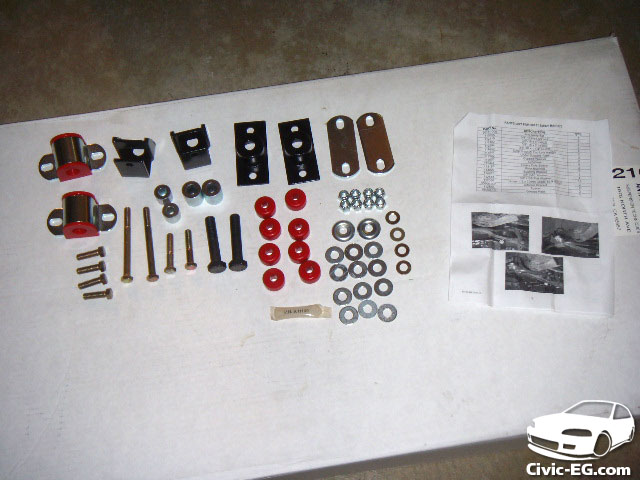 here's all the parts in the kit that will be used for the front. 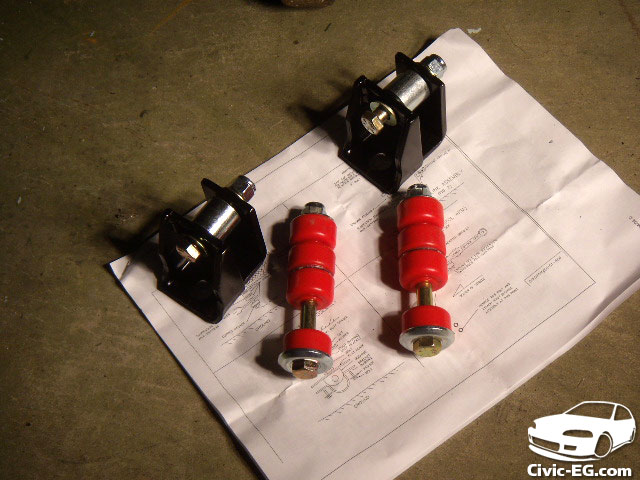 Here is how the end links & control arm adapters will look assembled. 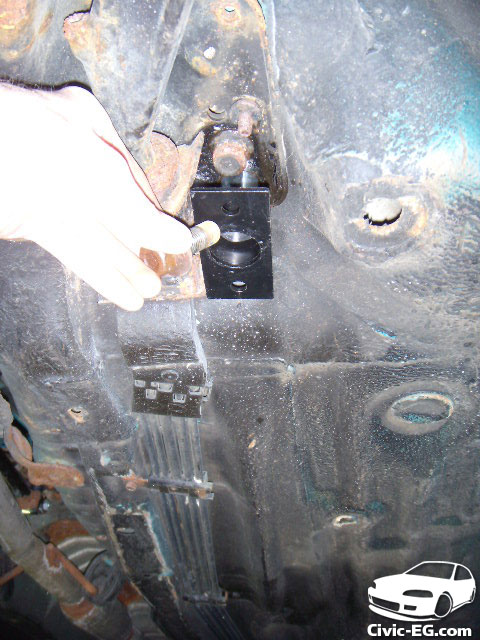 First, unbolt the rear most bolt holding on the lower control arm. There is a bracket with the kit that will go here. This is where the sway bar bushing will mount to.

After you get those on both sides, 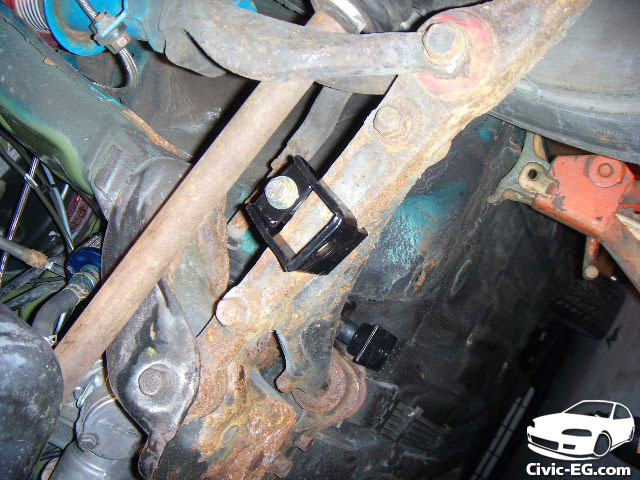 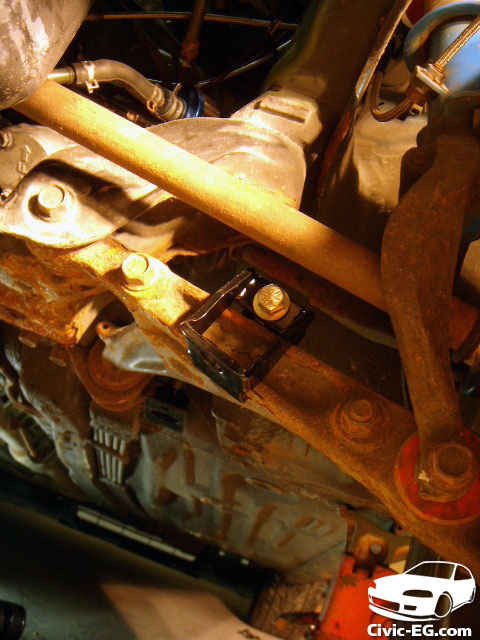 Install the adaptor brackets on the front of the lower control arms. I ended up installing them one more time because they are backwards in the pics lol. 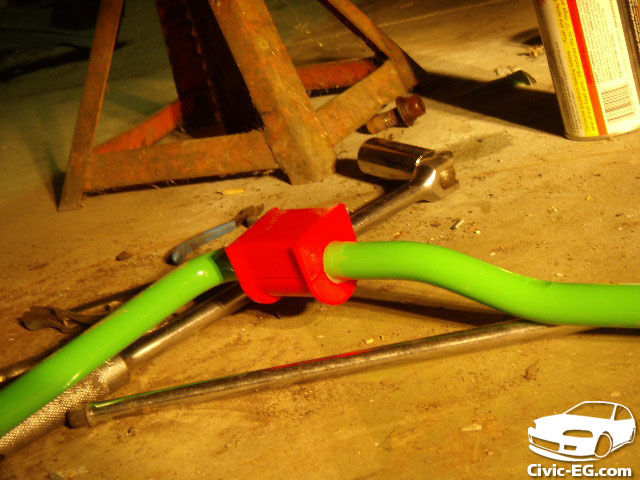 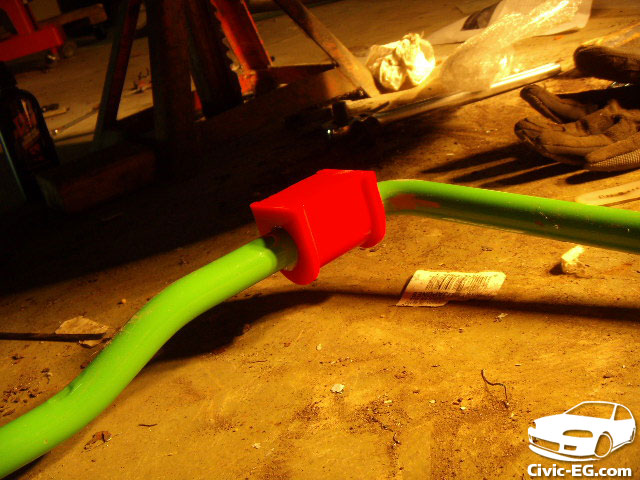 Grease up the inside of the sway bar bushing and pop them on before the outer bends. Only grease the inside. They give you plenty in the kit. 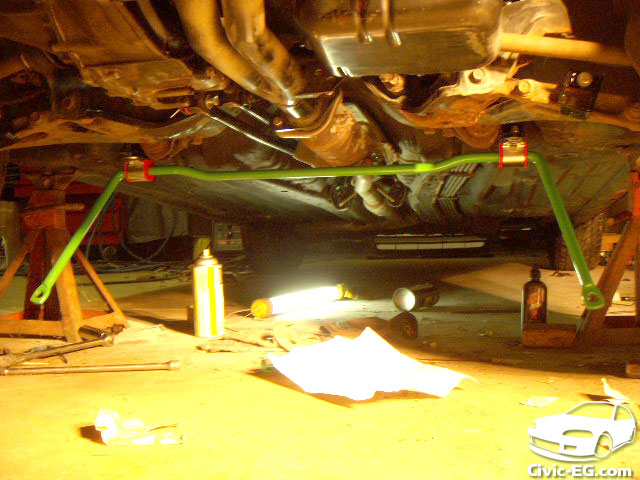 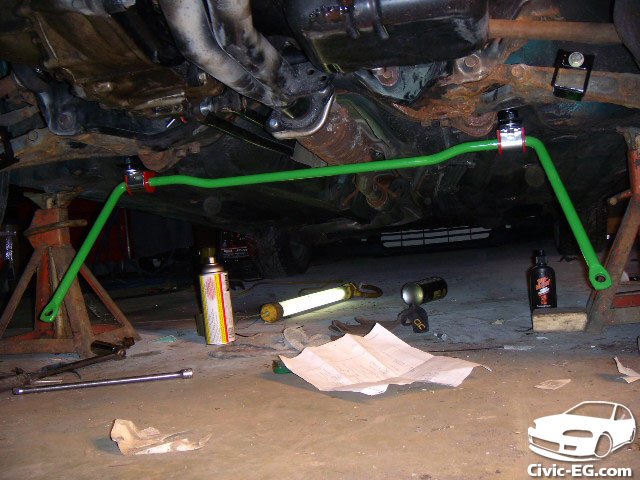 Then put the metal brackets over the sway bar bushings and bolt them up to the black brackets you put on the chassis earlier. 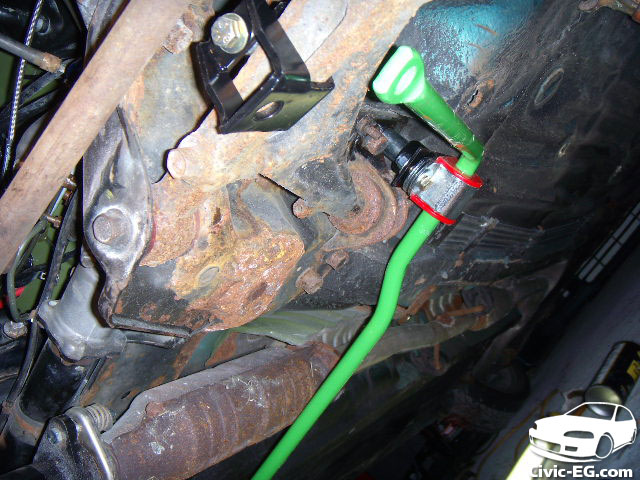 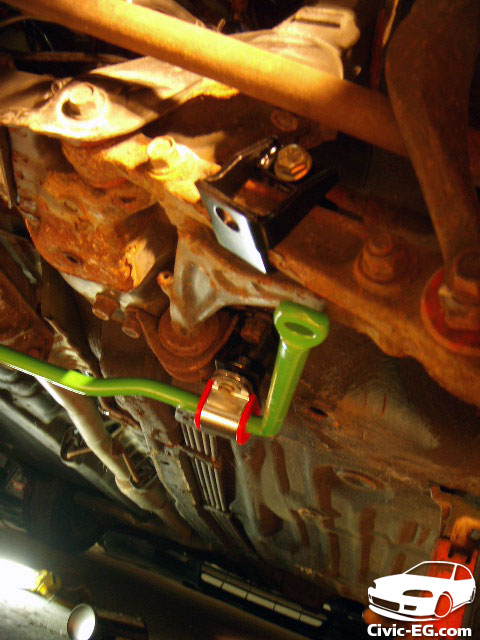 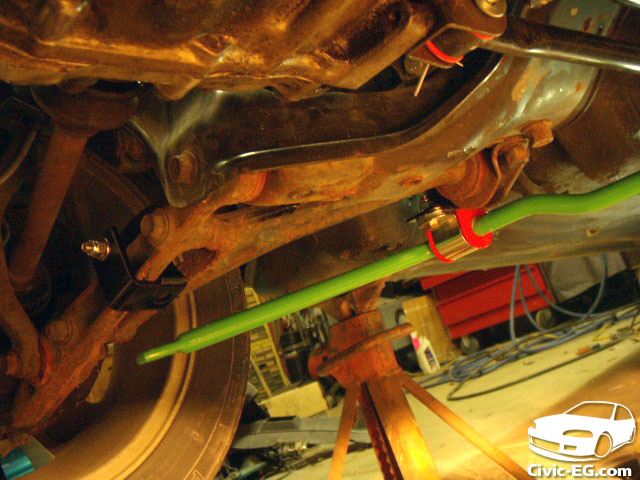 here's where I realized I had the brackets on backwards. The end of the sway bar was nowhere near the hole in the bracket.
So I took them off, flipped them around, and installed them again. This still was not going to fit. 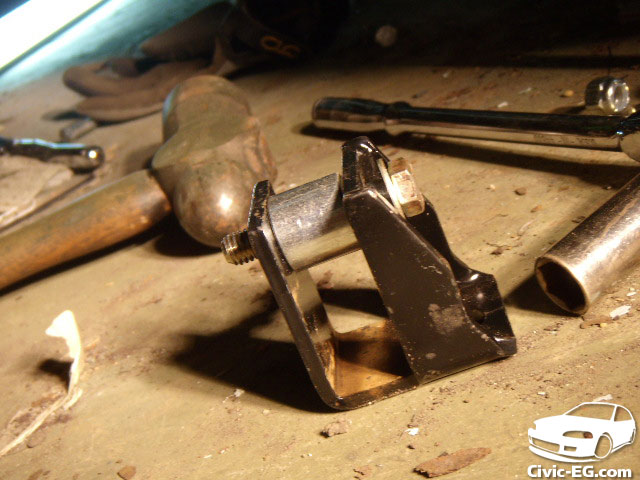 The piece uses a spacer inside on the top that goes around the bolt. The lower control arm that this piece mounts on tapers. it is thinner in the inside and gets thicker at the outer end. The spacer was preventing the adapter piece from sliding out far enough to get close to the end of the sway bar. I tried it every way possible- I even brought out the BFH you see in the background with no luck! 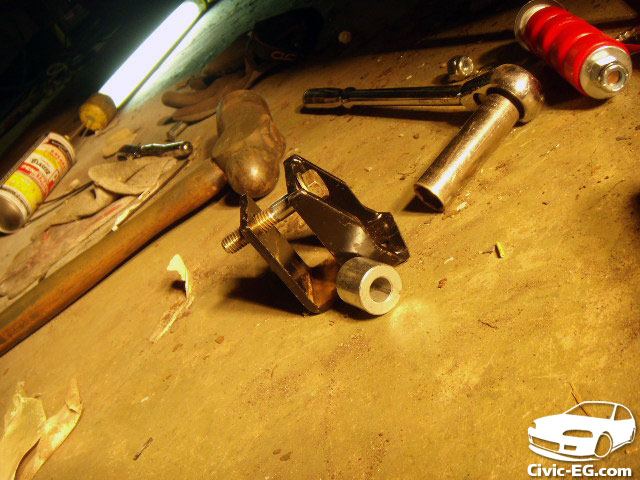 without the spacer, the bracket slid all the way to the end of the control arm, but was too lose. I needed a spacer with less diameter. 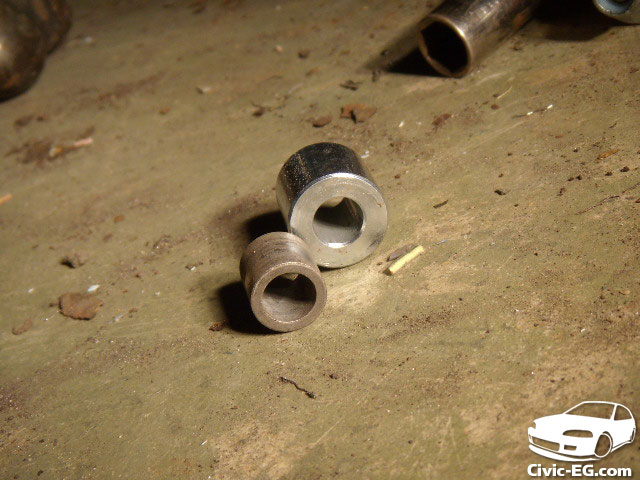 I just happened to have 2 in a junk pile! 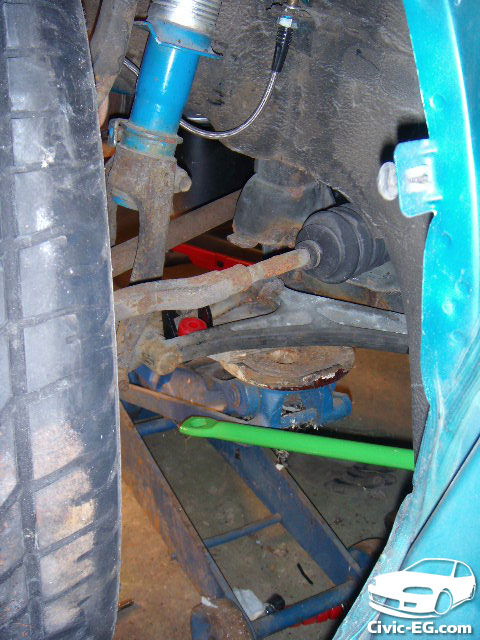 Here we're looking into the wheel well from behind the left front wheel. 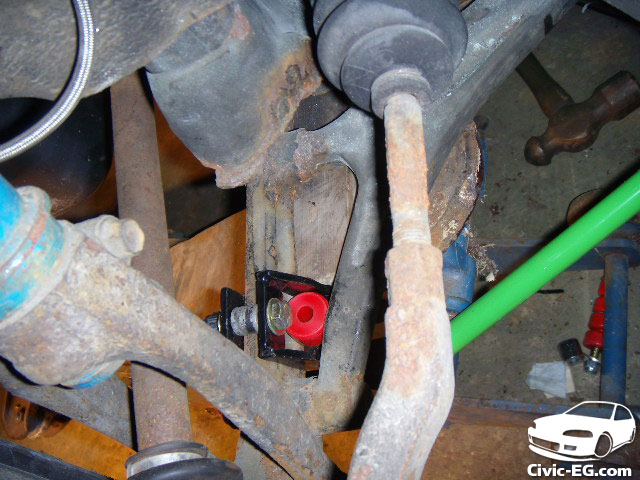 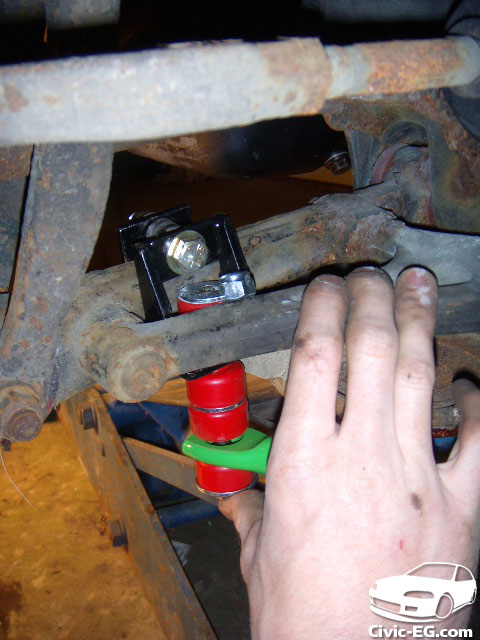 But I couldn't get it far enough through to show enough threads to get it tight! After a while of using the jack from the bottom, and wedging the top bushing down into the bracket, I got enough of the bolt through to get the nut tightened. 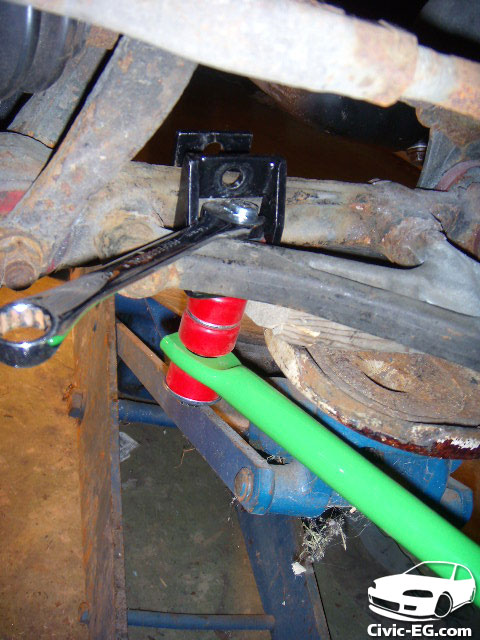 I had to take the bolt/spacer out of the bracket since it was in the way to tighten the end link bolt. 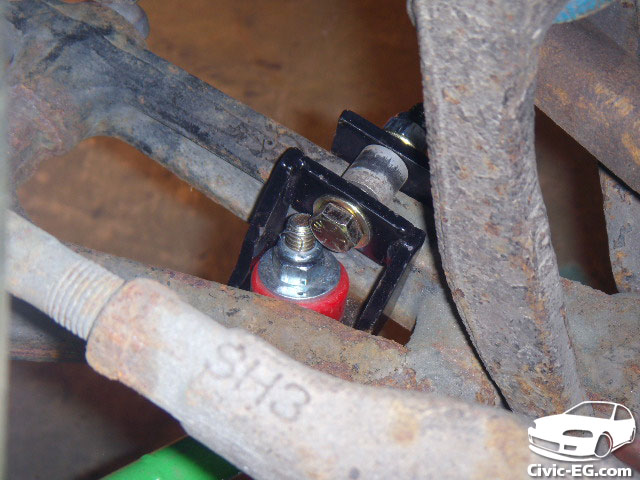 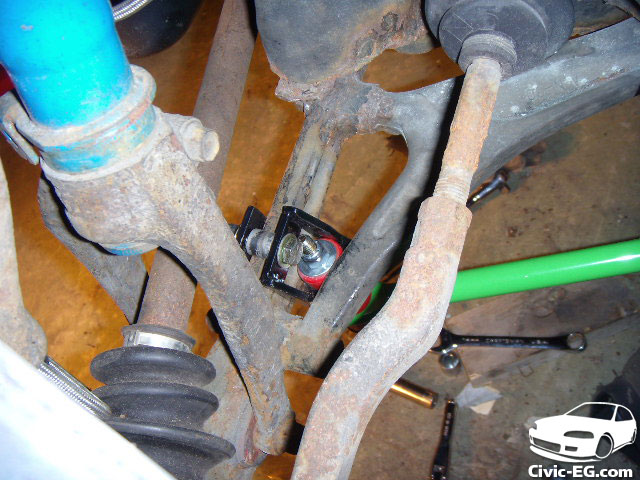 and after all of that, it was in!! The end link bolt touches the adaptor bracket bolt on both sides. 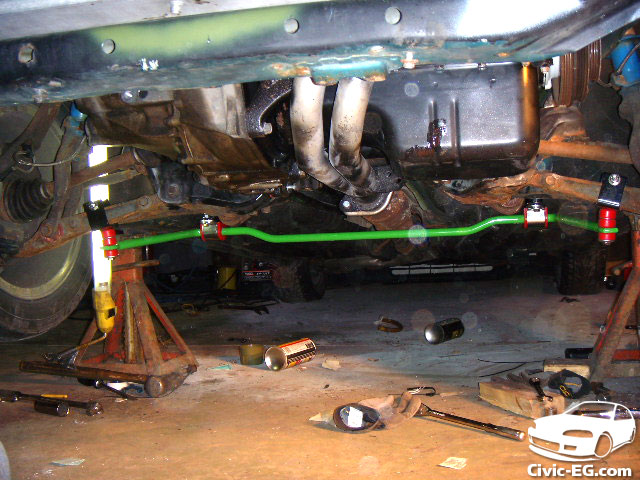 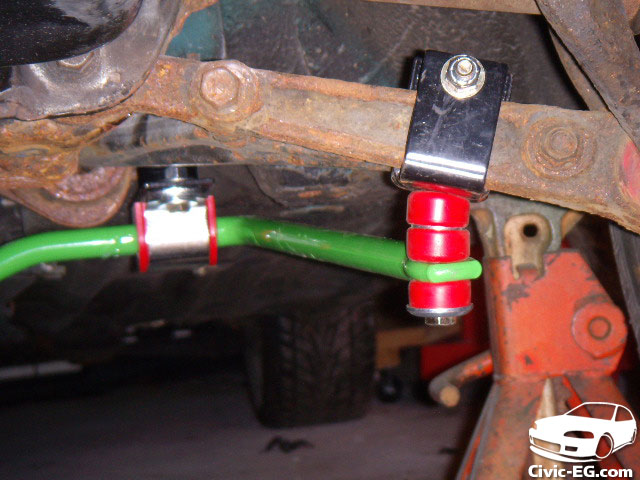 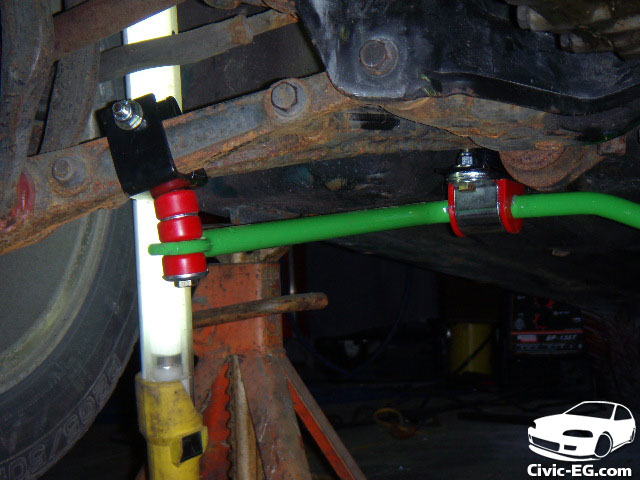 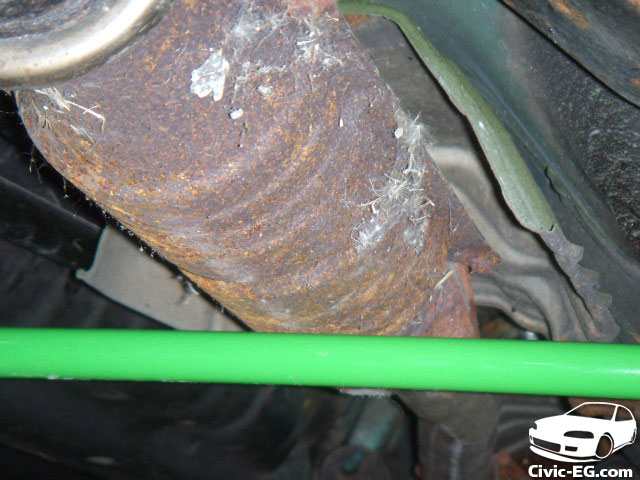 only a few mm clearance from the exhaust 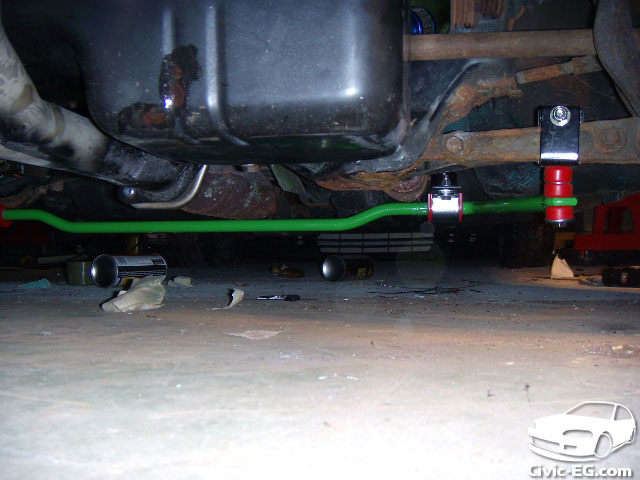 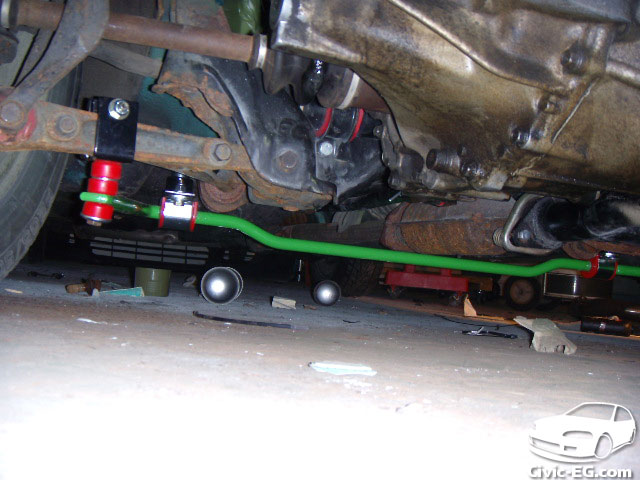 The directions with this kit were very vague and could have been written a little better. The correct sized spacer included would have been nice too!
Do Not PM me your technical questions. Post them in the forum!

shame i wont be able to much use

I smoke my own meat!

TEAM NSN to the fullest!!

East Coast is the Right Coast!!!

Maybe I'm not used to it, but it seems stiffer too. The rear especially. I notice that the shocks are working a lot harder now, but I need new shocks anyways. My Tokico Blues have seen better days

They're 5 yrs old now!
Do Not PM me your technical questions. Post them in the forum!

teal_dx wrote:I drove the car last night for the first time. It has shit tires on it and needs an alignment, but it already handles better than before, more like it is on rails now, more linear.

Maybe I'm not used to it, but it seems stiffer too. The rear especially. I notice that the shocks are working a lot harder now, but I need new shocks anyways. My Tokico Blues have seen better days

yeah it should be a lot stiffer now due to the sway bars!!

Every time I start moving and releasing the clutch in first gear, the cat vibrates on the sway bar. And now when I sit at a stop light sometimes just at idle, the cat is constantly vibrating on the sway bar. It sounds like my car is about to blow up and it's embarassing. If I give the gas pedal the smallest blip, the rpm's go up by 100 and it stops.

I'm waiting to see if it still does this with my new exhaust installed. If so then I'm going to have to fix this. It's sooo annoying!

All ST had to do is make it dip down 1/4" in the middle and this would not happen.
Do Not PM me your technical questions. Post them in the forum!

You could run a test pipe or relocate the cat.

I'd wondered how these kits mounted. I guess it was cheaper to produce a bar with that shape, as opposed to one that bends upward above the exhaust. What's the diameter?

Do you think it would've been better (and cheaper) to go with a Honda or Acura bar and LCA's.