So I rebuilt the turbo: http://civic-eg.com/viewtopic.php?t=11208 using parts from 2 garrett T3's to build one good one. I went from a stage 0 to a slightly bigger stage 1 turbine/housing while I was at it, which I believe was from a T3 Super 60. 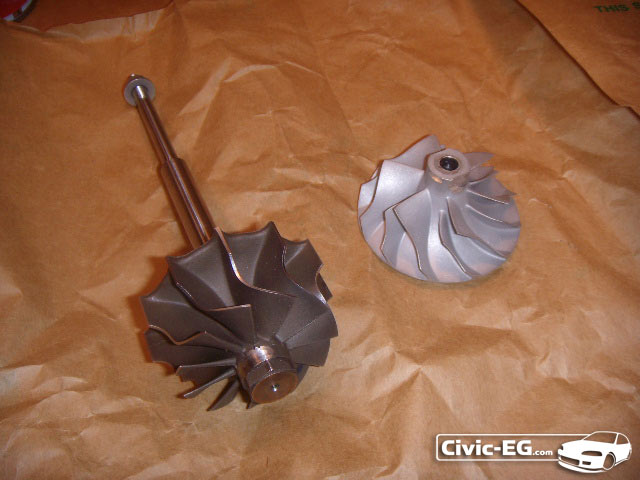 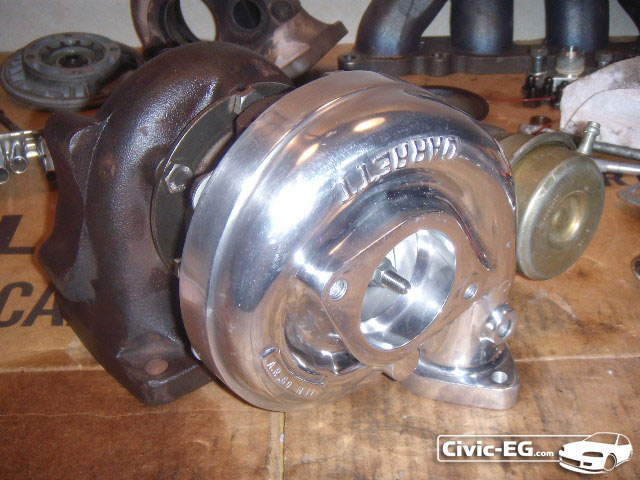 I installed the turbo, along with a K&N to replace the foam HKS knockoff which was starting to become restrictive @ 15psi.

I got the car back up to the dyno to be tuned and ran into another problem...
After I put the new plugs in the car would cut out around 4500-5000 rpm. I thought this was the fuel cutoff that the tuner had put on the ecu since my car has not yet been tuned for high cam. But when it was back on the dyno he said there's a problem... the fuel cutoff was set for 6000 rpm. He tried some things with tuning to make it stop but no luck, it got worse cutting out at 4000 rpm. We traced the cutting out back to ignition. I replaced the Blaster coil with a new one and tried different plug wires... nothing. So then I took out the new NGK/s which were iridium plugs and put in the old oem copper ones and it now starts to cut out at 5000 rpm. I don't know why the part # was for iridium plugs instead of copper. So I need to find the right copper plugs (heat range 7 I believe) and head back up for the third time. In the meantime I am able to drive the car around, just not above 5000 RPM, and it is still a blast to drive!
The turbo is so loud... not a turbo whine like you hear on supras, but just a constant loud SSSSHHHHHHHHHH whenever it is in boost. Then the knockoff HKS is even better when I let off the gas. I really need to get a video up.
I've gone through 2 tanks of gas... 27 MPG on the first one and 28 MPG on the second. This is mostly highway driving at 65-80 mph with about 25% country road driving, as well as some hard beatings mixed in from giving rides and listening to the wonderful sound of boost

So that's it until I can get back up to get it tuned again... The dyno is 1.5 hr away so it's tough to get up there and find a time when the owner, the hondata tuner and I all have the same schedule.
Do Not PM me your technical questions. Post them in the forum!

I smoke my own meat!

By teal_dx - Thu Oct 01, 2009 5:21 pm
- Thu Oct 01, 2009 5:21 pm #148490 just getting all the bugs out... I learned that when you add 15 psi of boost, a lot of things that you would not even think of needed to be upgraded. For example the foam air filter would have been fine on a NA motor or lower boost, but was too restrictive for 15 psi. The ignition & spark plugs were fine on a NA motor, and even at normal boost (~7psi) but after that the spark is blowing out. Everything is more crucial on a boosted motor (timing, fuel, ignition, even grounds) and requires more tuning.
So I'm learning that a reliable boosted setup is not cheap or easy... but it's worth it 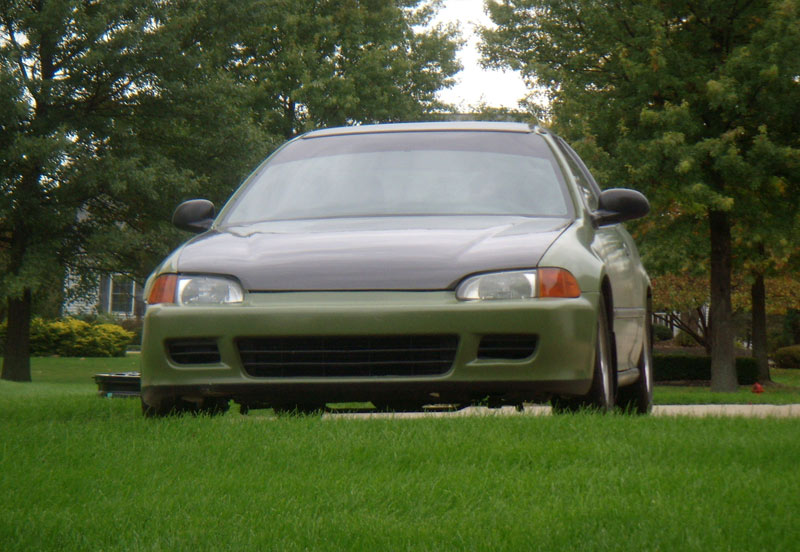 Look close - You can barely see the intercooler

I got 31 MPG on my last tank of gas, and that wasn't even really trying too hard! The ignition is still cutting out around 5k. I replaced the MSD wires with OEM and the problem got a little better. Tried 3 different types of plugs with not much difference. Tried a new Blaster 2 MSD coil with no difference. Changed grounds with no difference...
That leaves the distributor! The one that came with my engine has the coil removed and was modified for use with the MSD external coil setup. I have not had any lock finding a z6 dizzy for less than $100 so i just won a D15b7 dizzy for $50 shipped on ebay. I'll be swapping all of the guts from the D15b7 dizzy housing into my D16z6 dizzy housing. I looked up all the part #'s and the coil, ignitor, cap, rotor etc are all the same - only the housings are different.

Of course there will be a DIY coming for that soon

I swapped dizzy guts back in winter of '02 when my hatch was still my DD in college. My orig dizzy seized up and I shit when the dealer told me the price for a complete new dizzy. Then he was like "or I can sell just the housing for $129" and I was like phew. Too bad I sold that dizzy a couple years ago for $40 when I swapped to a z6. That's how it works though, you sell something and then you need it

Here's some pics I took last week. Car was dirty but it was in the 70's and I had my camera/tripod with me. 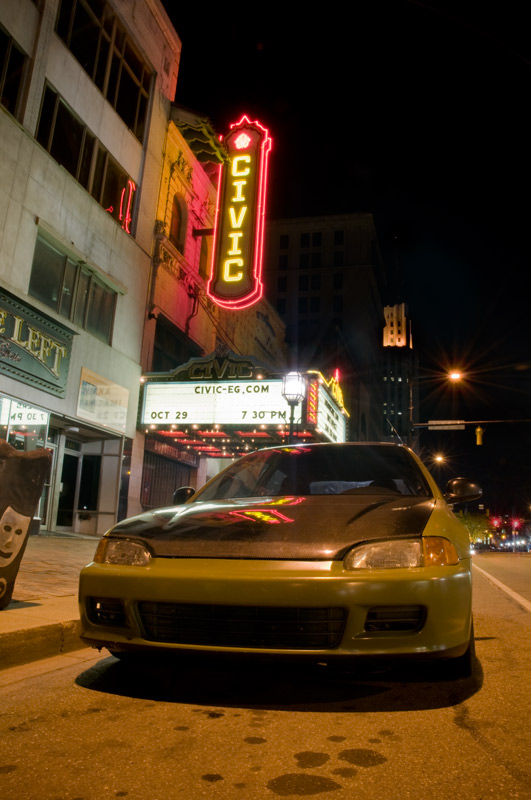 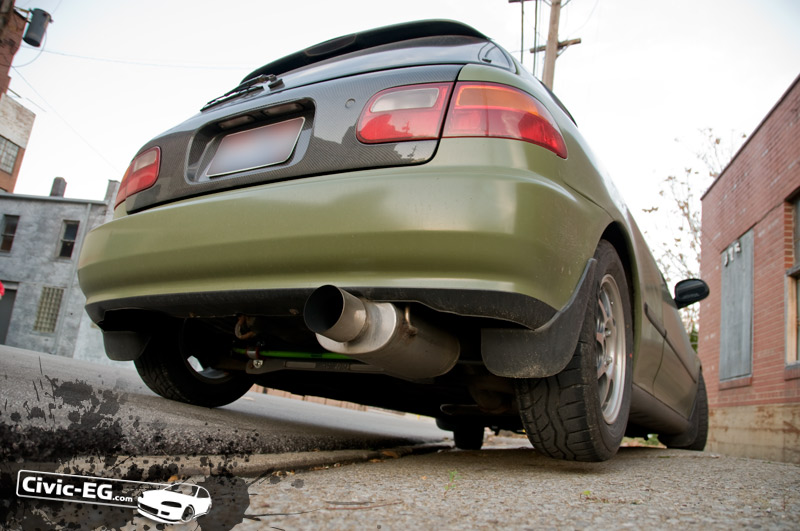 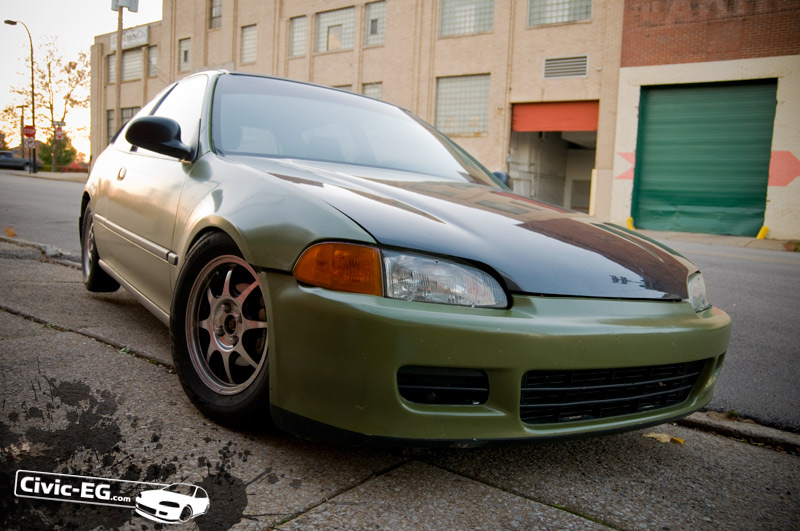 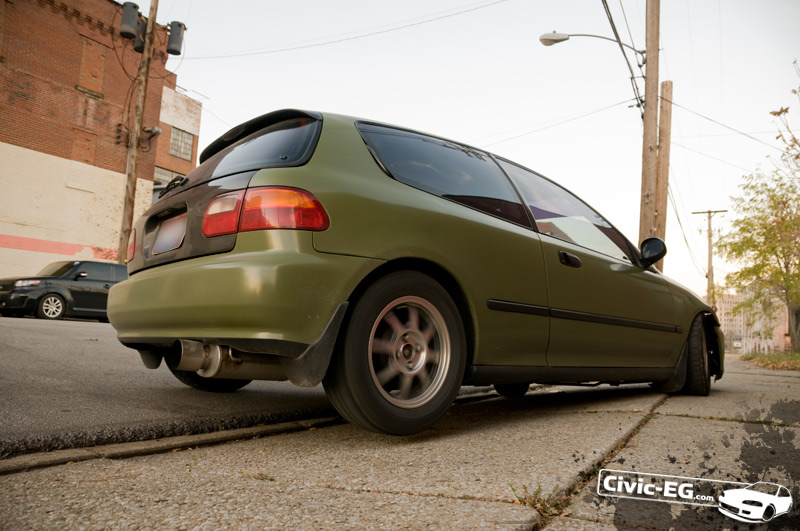 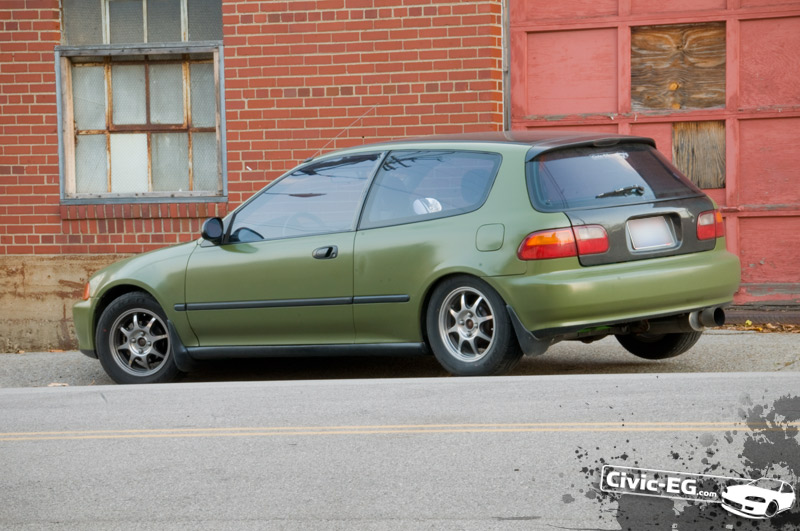 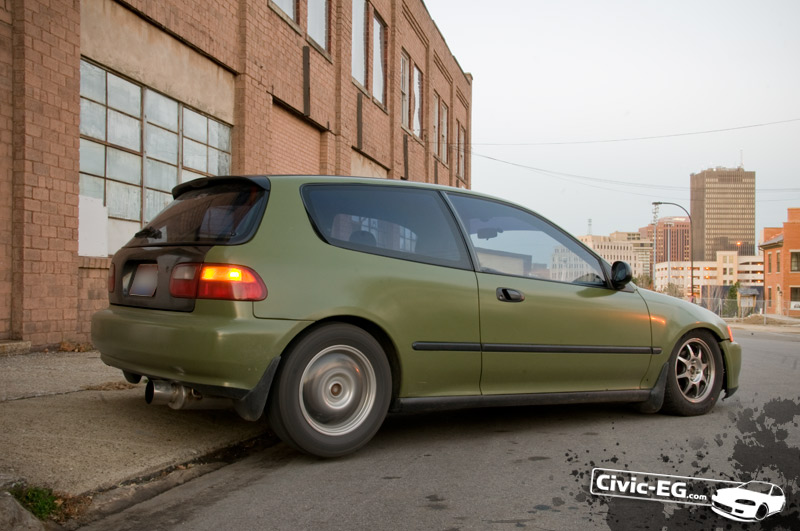 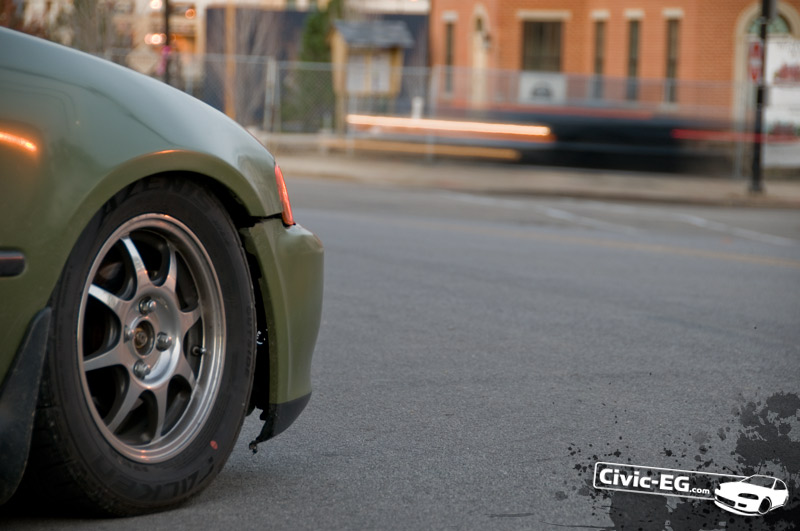 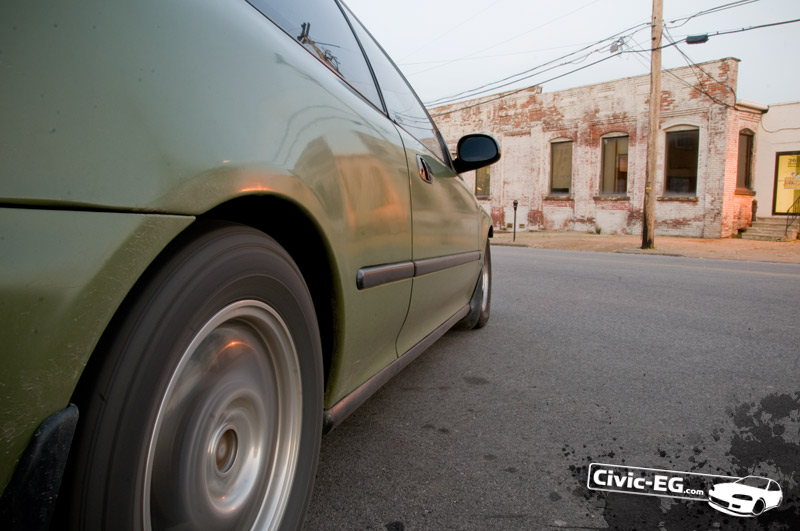 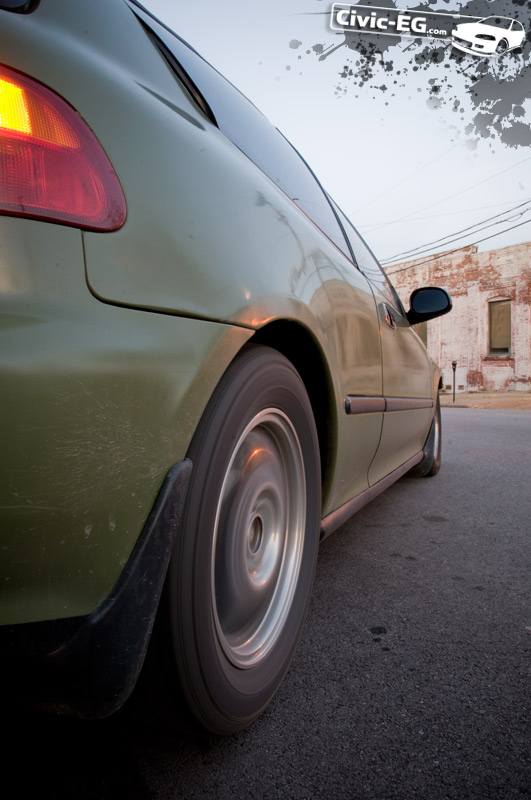 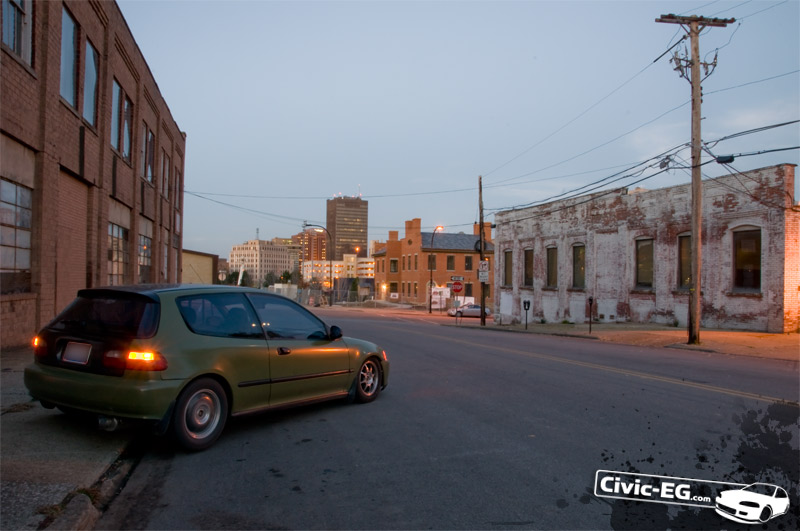 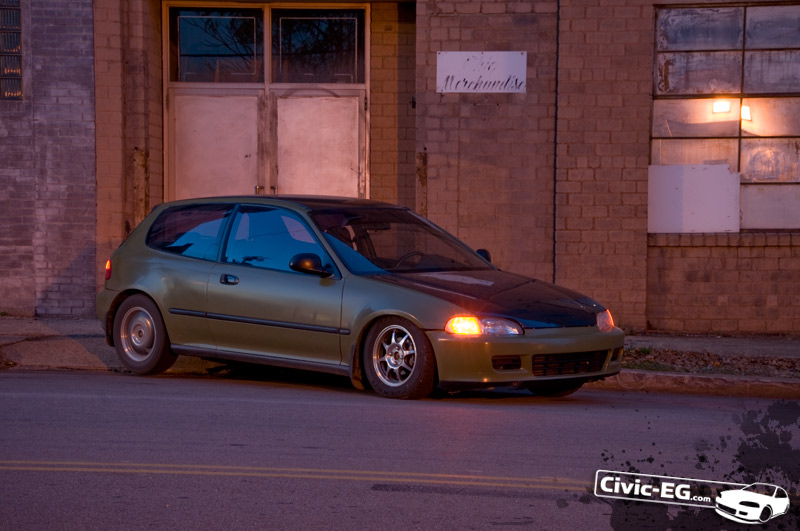